Napoleon’s Lost Imperial Gold is a creative documentary project in development. Join us in the hunt for thousands of imperial French gold and silver francs lost during the retreat from Moscow of Napoleon’s Grande Armee in 1812!

To keep bang up to date with developments in the project….. 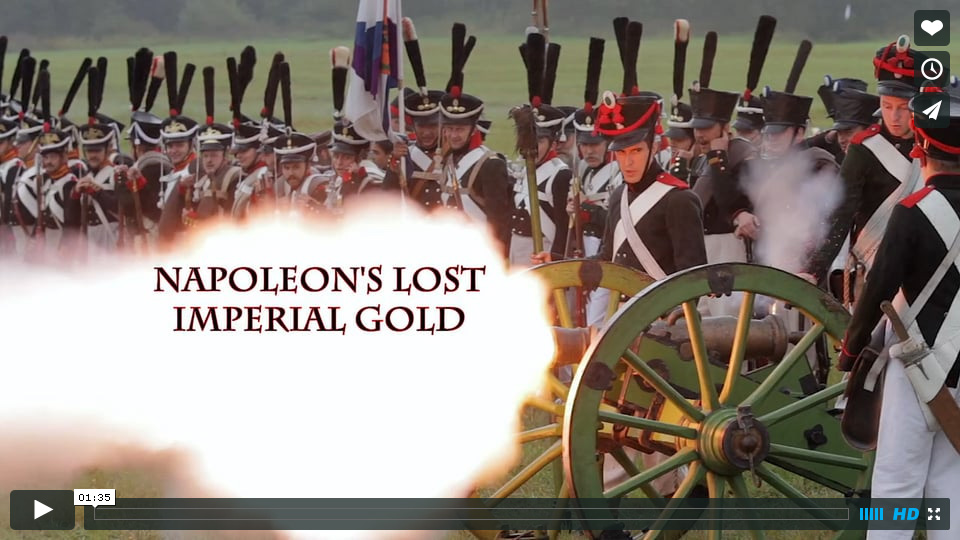 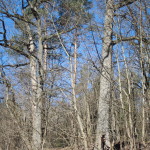 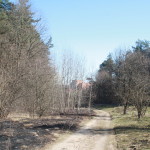 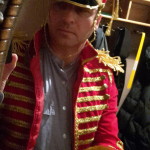 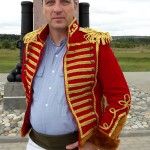 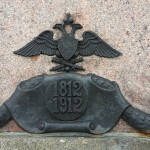 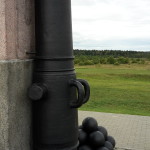 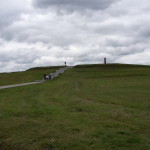 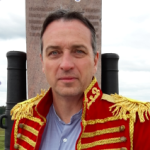 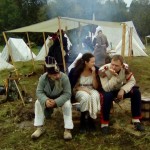 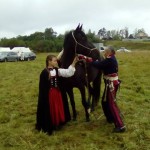 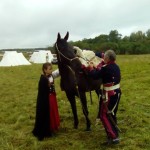 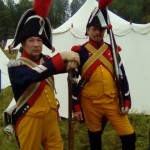 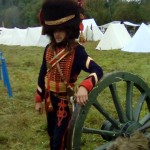 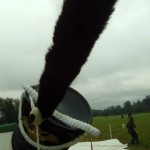 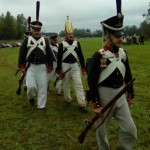 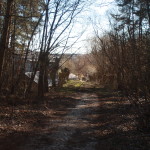 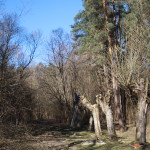 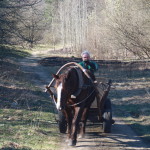 The past is all around us.

In an Eastern European city – where until recently iron statues of Red Army soldiers and hero workers and students adorned a central bridge over the river  – crumbling walls of ancient buildings whisper of ghosts of the past.

The enfeebled remnants of Napoleon’s once grand army that limped their frostbitten way across an earlier bridge in December 1812, would recognise much of the city today.

When workers dug up the road in the city centre, they unearthed a gold ducat of 1808. The ‘Euro’ of its day, this was the coin in which Russian diplomats of the period were paid.

The past is never far away in here.

Napoleon’s Lost Imperial Gold will bring that sense of the past merging into the present alive, through vivid documentary footage of an exciting archaeological treasure hunt, skillfully-scripted dramatic interludes and the presentation of little-known fascinating facts aimed at both the general audience and those with a keener interest in history and historical re-enactment.

Two centuries after a multinational army once the pride of Europe, fled Russia after a failed war, decimated by disease and the biting cold, the forest-fringed pasture where Napoleon Bonaparte’s Grande Armee collapsed into a undisciplined rabble is untouched, with no sign of the distant day when dozens of wagons packed with thousands of gold and silver coins were looted.

The tranquil wooded hill betrays no sign of the tumultuous events of that winter’s day in December 1812. Nothing indicates that this is the spot where one of the key turning points in European history took place – the day Napoleon’s Grande Armee died.

A steep stone-dressed road offered salvation to the ragged remains of an army – thousands of weary, wound and diseased men and women drawn from across Europe – French, Prussian, Poles, Italians, Croats, Czechs and Slovaks and others – dreaming only of reaching home two months after retreating from Moscow. Harried by a Russian army that would, supported by allies, by the spring of 1814 pursue them as far as Paris, demoralised and despairing, this was an army on the verge of collapse.

More mass than military, men mixed in with women – the cantinieres commissioned to sell food and drink to soldiers, who were required to be married to a soldier to maintain their position – children and other camp followers, were gripped by fear and desperation.

The murderous ‘victory’ at the Battle of Borodino outside Moscow in September is but a distant memory; hundreds of thousands of men — and not a few women and children – have died during the retreat: taken by hunger, shell-shot, cold steel and the treacherously freezing temperatures of the harshest winter in living memory.

A few thousand grimly determined survivors continue to head west; the Russian army at their heels.

Where today is a quiet meadow, they meet a hilly impasse of ice and snow. A request to sand the cobbled road has been neglected and soon it is an icy sheet. Horses tumble, breaking their legs and are shot by their grief-stricken cavalry officers. Wagons simply cannot go beyond a certain point and are rudely pushed aside.

A huge jam of men, animals and the materiel of war seeks a way through the impasse.

In the midst of this chaos are the wagons of Napoleon’s Imperial Tresor packed with 10 million francs in gold and silver coin. It’s the army’s treasury, its pay train, Stuffed into the canvas-covered wagons, clearly marked Imperial Tresor, there is also valuable booty looted in Moscow.

Any remaining shred of military discipline collapse as a wagon topples over, spilling gold and silver coins. Glimpsing one last chance to escape with their lives – stuff their pockets with the means to change their fortune – Napoleon’s men and women slice open the other wagons and fight among themselves for the spoils of war.

Greed switches to panic as musket shot warns of the arrival of a squadron of Russian Cossacks.

The treasure is fought over by friend and foe alike; the lucky escape with their lives and a pocket full of gold.

The vast majority of the treasure was taken that day, or a few months later when the spring thaw melted the snow.

Gold and silver coins are small and easily lost in confusion and fear. Trampled into the snow and ice, when the snows melted many would have sunk into the ground. Those coins are likely never to have been found.

Two hundred years later no serious attempt has yet been made to systematically recover what must certainly have been left behind.  No archaeological survey or dig has ever been carried out and nothing marks the spot.

Professors of archaeology from a nearby university have confirmed that the site is virgin territory in terms of recovering lost historical artefacts; a professional archaeological dig of the site would be both good science and documented by a professional film team, make for great television/social media material.

NAPOLEON’S LOST IMPERIAL GOLD will film history, telling the story of the men and women of Napoleon’s army and their march on and retreat from Moscow, illustrated with dramatised sections.

It will dig for gold, recording on film an adventure into the past.